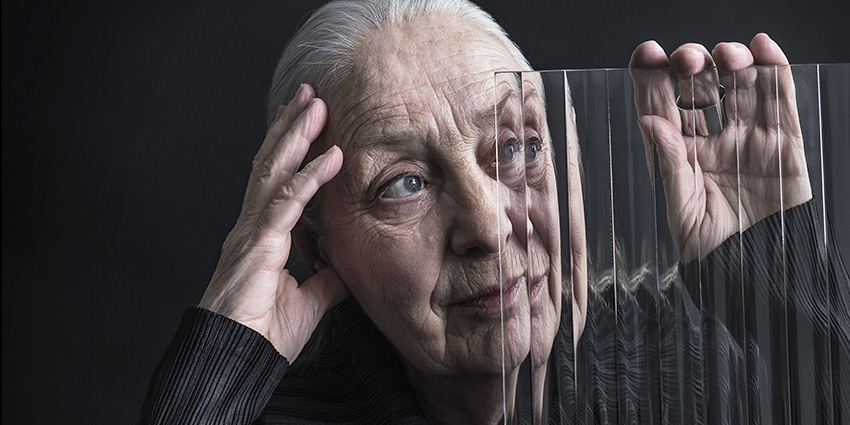 This year’s Portrait of Honour is the professor and designer Ingegerd Råman and was created by the photographer Bruno Ehrs. He has depicted both Ingegerd Råman's artistic ideals and her field of activity as a designer.

The collection is added to every year with a number of works, including the Portrait of Honour – a painting of a deserving Swedish woman or man – donated by the Gripsholm Association.

A portrait of Ingegerd Råman

Ingegerd Råman (born 1943) is one of Sweden's most influential designers. Råman studied ceramics and glass at Capellagården on Öland, at Konstfack in Stockholm and at the Instituto Statale d'art per la Ceramica in Faenza in Italy. She initially spent many years working with ceramics and has always called herself a potter.

But internationally, Råman has primarily become renowned as a glass designer associated with Johansfors, Orrefors and Skruf. Her clear glass creations have become something of a hallmark. The simple shapes and austere colours of the objects imbue them with a stripped-down frankness. They echo Råman’s philosophy that form follows function – how an object will be used, and in what context. The artist herself has stated that clear glass is the material for which she has the greatest affection.

“It orchestrates itself through the way in which it fragments the light. A small object can have the same dignity as a large, magnificent piece! It’s my driving force.”

‘Consistent’, ‘uncompromising’ and ‘stripped down’ are key words that are often used to characterise Råman’s creations. As a designer, she has ‘perfect pitch’ and always remains faithful to her own design language – from the smallest everyday object to large-scale architectural projects. Simple, basic shapes such as the circle, sphere and oval are recurrent components of her work.

Råman has never made any distinction between small-scale creation and production in large series – between crafts and industry. She claims to love the precision of the latter and the variety of the former. Råman has collaborated with both Svenskt Tenn and IKEA. She has been fascinated by the ‘shape world’ of East Asia. Thus, it may be no coincidence that in 2016, she designed a tea set for the Japanese company Koransha in both white and black porcelain, which is part of the so-called Arita project. In Japan, she has also worked with Kimura Glass Co Ltd (2017).

The graphic austerity of the Japanese aesthetic spirit as well as the optical properties of glass are traits captured by Bruno Ehrs (born 1953) in his empathetic portrait of Ingegerd Råman. He started his professional career as a photographer at the Stockholm City Museum. He has worked freelance since the early 1980s. In connection with Stockholm's 750th anniversary, Ehrs created a series of portraits of famous Stockholmers. One of them was King Carl XVI Gustaf. For this reason, Ehrs has also been hired by the Royal Family for official portraits, and in 2010 he debuted a series of stamps depicting the Swedish King and Queen.

In his portrait of Ingegerd Råman, Ehrs has chosen to limit the range of colouration so that it tightens towards a monochrome black and white – a tribute to the model's own austere aesthetic. The pleated glass plate not only recalls the memory of Råman’s own shape world, but also becomes a prism through which she herself studies the clear glass. The vertical lines are reflected and repeated in the model's own Japanese-designed costume. All in all, the result is a visionary portrait of one of Sweden’s great designers, who has made simplicity her signature. 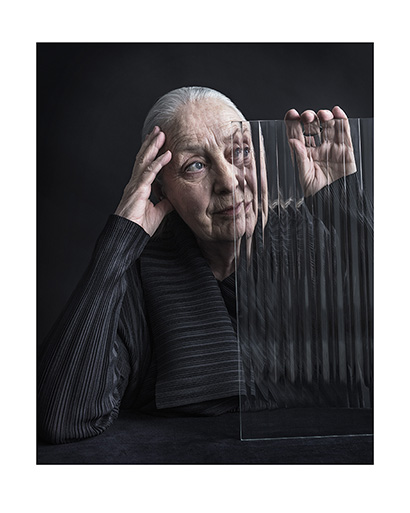 Pianist Martin Sturfält pays tribute to Beethoven by giving a piano concert on the new Steinway grand piano in the Hall of State at Grips...

Entertainer Mattias Enn will be performing at Gripsholm with a revue based on Swedish personalities found in both the castle portraits an...

Hannah Svensson, one of Sweden’s most-celebrated jazz singers, visits Gripsholm Castle to give a concert entitled “Places and Dreams”.

Come on a fashion safari with Leo the Lion at Gripsholm Castle. See famous historical Swedes in their most stylish outfits.

Four of the royal palaces will reopen on 1 July – Gripsholm Castle, Drottningholm Palace, the Chinese Pavilion and the Royal Palace, incl...